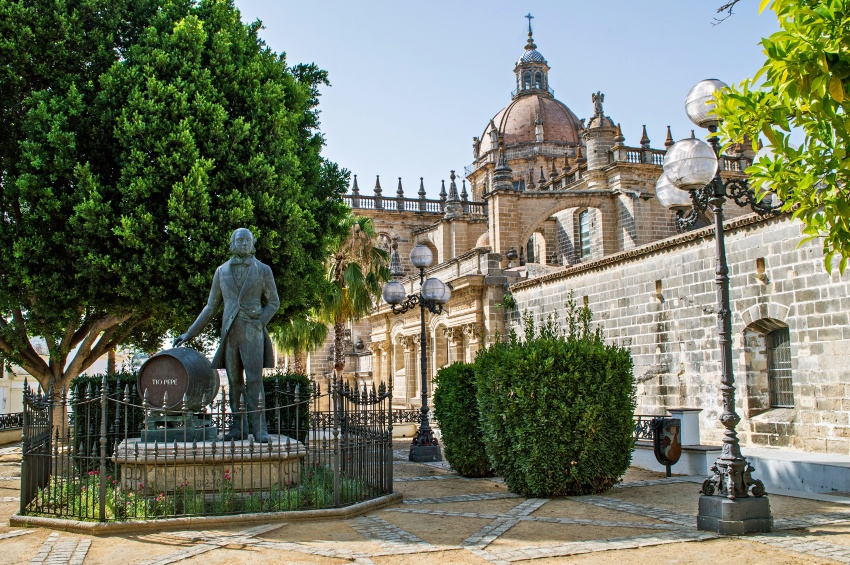 From 107 AUD
Previous Next

Guided tour of Jerez and a Ganaderia

We will depart from El Puerto de Santa Maria for our excursion in Jerez. Jerez has been renowned for its wines, flamenco, horses and bull ranching. A panoramic tour by coach will enable you to see the cathedral which was built in 1695 over the ruins of the old Jerez mosque and the former Salvador Church. The bell tower outside was probably built over the mosque's minaret. The rectangular temple has five naves and houses a latin cross structure. Afterwards, we'll discover the Alcazar which still displays a large amount of features from its early construction in the 12th century by the Almohads. After the city fell into the hands of Alfonso X, it became the house of Sevillian Caliphs and the headquarters of Christian governors. Your tour will continue with a visit to a "Ganadería” (a property where bulls are raised), an opportunity to learn about this living symbol of Spanish culture. The Ganaderia's goal is to raise valiant bulls for the fights who will fiercely set out to attack anyone who might taunt them even slightly. We'll return on board for lunch.