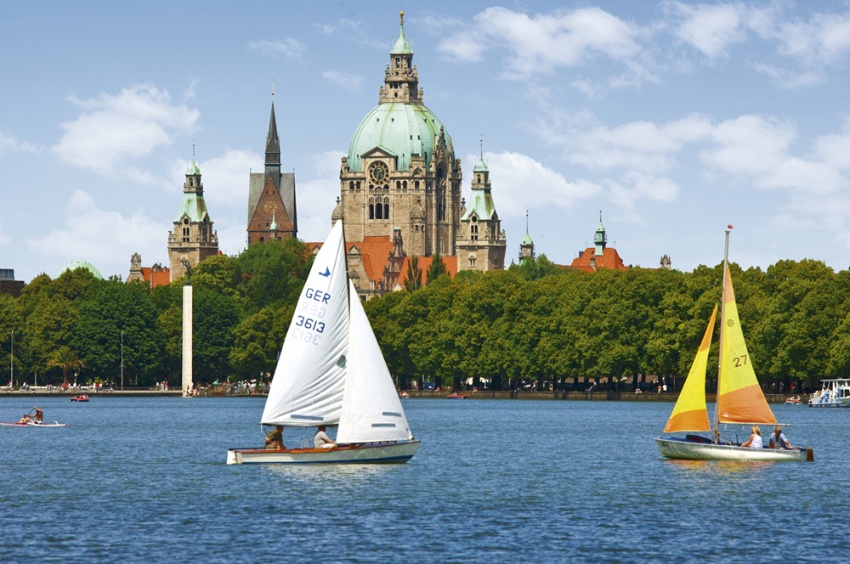 From 82 AUD
Previous Next

Departure by coach from the northern port of Hanover in the company of local guides to discover the capital of the Land of Lower Saxony. From the 17th century onwards, Hanover played a major role in politics. In 1714, the son of Ernst-August of Hanover became King of Great Britain under the name of George I, a personal union which was a considerable source of prestige for the principality of Hanover.
First of all you will pass alongside the famous Baroque Gardens of Herrenhausen before heading for the 18th century New City Hall, where your guides will explain Hanover's history with the help of four models showing the city at different times (1875, 1939, 1945 and today). You will continue with a panoramic city tour to see the main sights such as Niki de Saint Phalle's Nana statues on the banks of the Leine, the Maschsee - an artificial lake dug by unemployed workers on a job creation scheme in the 1930s - the Opera House, the Grand Theater, the ruins of the Aegidien Church bombed during the war and where the Peace Bell now hangs, and many more. You will stop for a stroll through the Old Town, to see the Market Church and its curiosities, the 15th century Old City Hall and Leibniz's House.
The visit ends at the bus station where our coach will drop you off and you'll bid your guide goodbye. Free time in the central station area and the modern city center.
Departure from Hanover to return on board at Hanover Anderten or Minden.