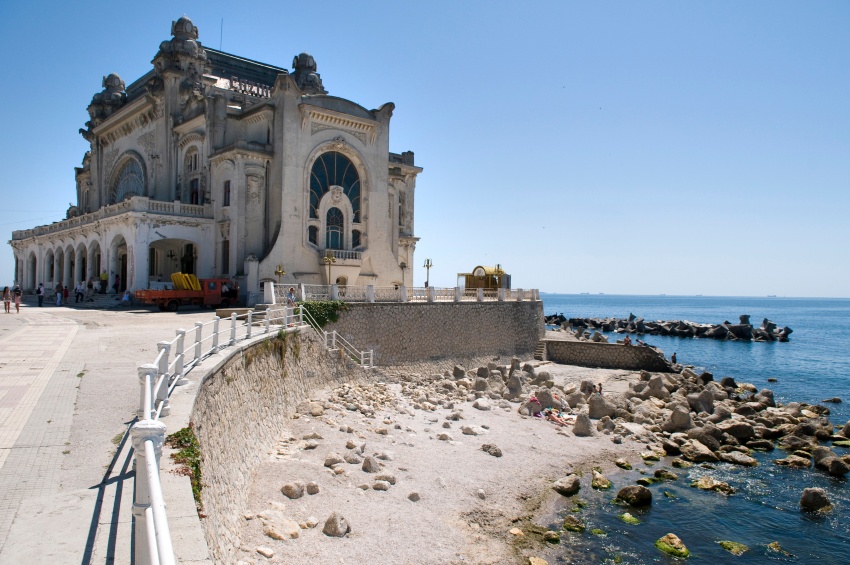 From 117 AUD
Previous Next

Optional day trip to Constanta. Departure by coach towards the Black Sea to reach Constanta. Founded by the Greeks in the 7th century BC, it now has a population of over 560,000 inhabitants and is the second biggest port on the Black Sea after Istanbul. We will leave Ovidius Square to visit the Museum of History and Archaeology, which brings together items found during archaeological excavations. Across from there, a glass museum houses the vast Roman mosaic, a beautiful polychrome mosaic dating from the 3rd century. Then we will discover an architectural melting pot including the Roman mosque (outsides only) and the Orthodox Church (interior) as well as the Genoese Lighthouse. Don't miss the beautiful view over Old Constanta from the pier. We'll walk along the waterfront all the way to the majestic Casino (outsides only), built in the early 20th century in Austrian Art Nouveau style. It reminds us of Constanta in its heyday, when it used to be the favorite holiday destination of the idle rich. We'll then have lunch at a local restaurant before moving on towards Murfatlar, which produces the best wines in Romania. This winery over 4000ha is the largest in Europe. There will be a wine tasting session in a cellar. Return on board in Cernavoda / Fetesti.