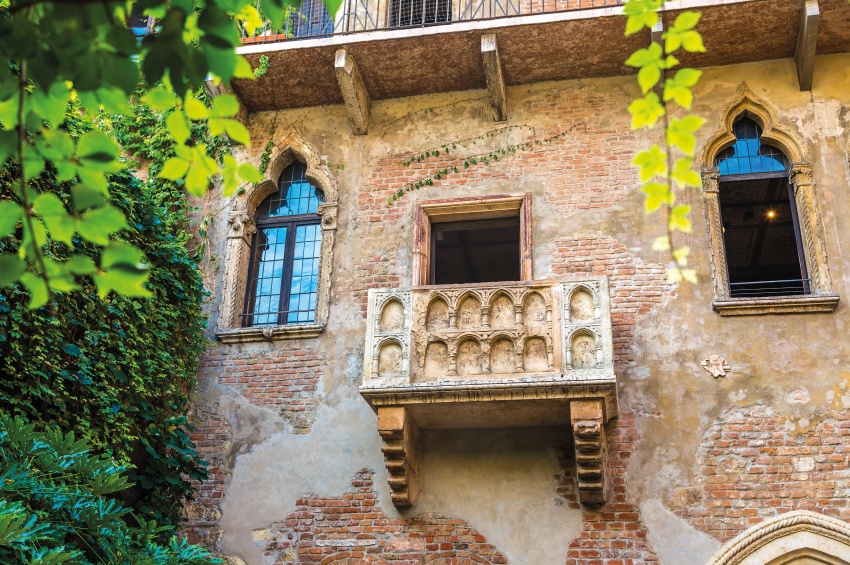 From 0 AUD
Previous Next

Verona: a splendid city of art, surrounded by traces of ancient history and the mythical dimension bestowed upon it by the tragedy of Romeo and Juliet. The Romans founded the city in 49 B.C. and built many of its grandiose works such as the amphitheater—the third largest in Italy, after the Colosseum and the amphitheater in Capua. In the Middle Ages, the city flourished under the wrathful della Scala clan, who were as much faithful patrons of the arts as they were murderous tyrants. Under Cangrande I (1308-28) Verona conquered Padua and Vicenza, with the poet Dante and the artists Petrarch and Giotto benefitting from the city's patronage. The Scaligers rebuilt the walls during the Middle Ages, embracing a much larger territory in the west and another vast area on the east bank of the river. It's easy to spend a long time simply exploring the narrow streets lined with handsome palazzi that make up its historic heart. The city's museums and churches contain some of the finest works of art.
We'll leave for Verona and begin with a panoramic visit of the city by coach, entering through the Porta Palio. We'll see the beautiful Castelvecchio and the Arco dei Gavi. The Porta Nuova offers a wonderful view of the towers, hills and mountains in the background. From here, we'll set off on foot with our guide to Juliet's House (Casa di Giulietta) to see the balcony where she stood when Romeo declared his love. We'll then walk to the arena—built from the characteristic local pink and white stone in the 1st century A.D.—which seated as many as 30,000 spectators at gladiatorial combats, mock naval battles and other such popular entertainment. If the amphitheater is closed, we'll visit the magnificent Giusti Gardens.