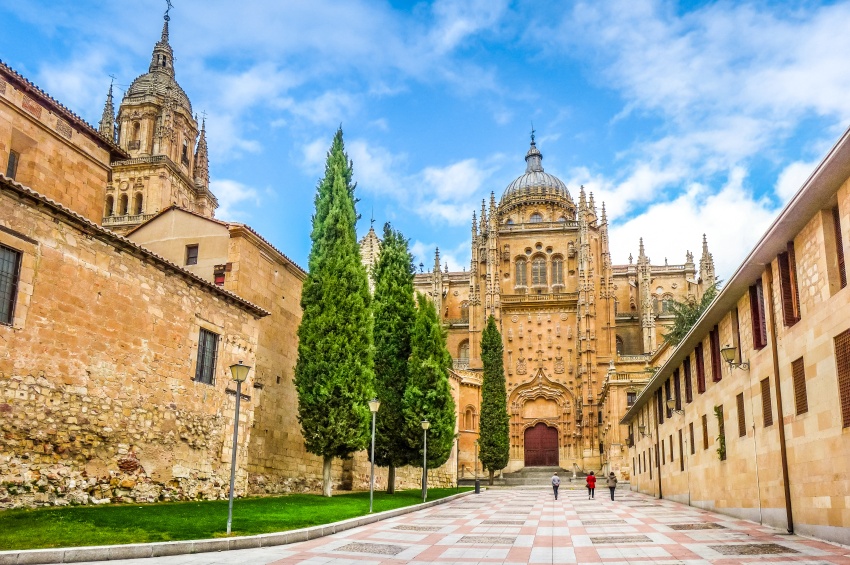 From 138 AUD
Previous Next

Departure by coach towards Salamanca where you'll meet up with your guides.
Since 1988, the Old Town of Salamanca has been listed as a World Heritage Site by UNESCO. The classified area extends on the major part of the city as it used to be until the middle of the 20th century and is responsible for its growing popularity. We'll visit the cathedral whose successive extensions created a mixture of styles going from late Gothic to Baroque, including Renaissance. Afterwards, we'll visit one of the world's oldest Universities which first opened in 1218. Also known as "Escuelas Mayores”, the University building has a sumptuous gate adorned with the city's most famous design: a frog atop a skull - symbolic of the sin of lust being punished after death. Its wonderful library brims with old manuscripts dating back from prior to the 19th century. You'll enjoy lunch and be free to discover the city on your own. Return on board in Vega de Teron.