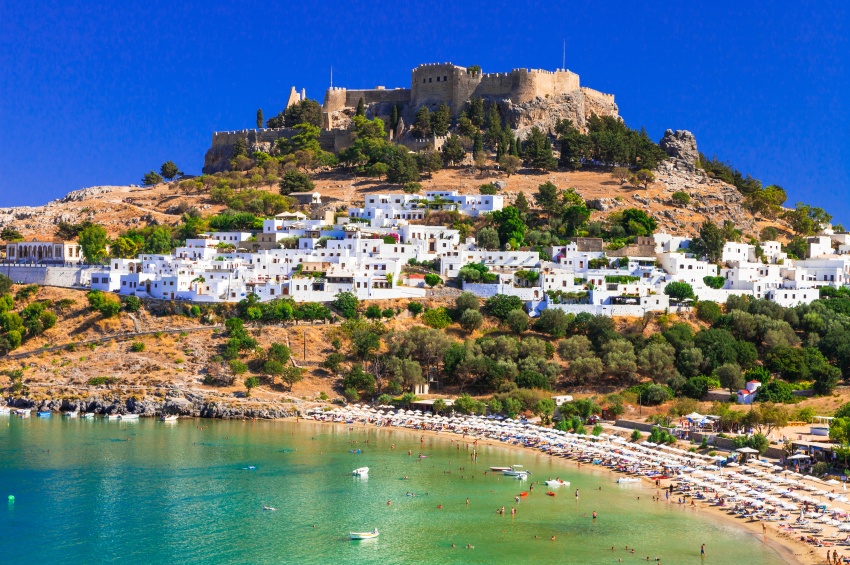 From 122 AUD
Previous Next

The "island of roses" is one of the golden Dodecanese islands, which cultivate their originality: Hellenic in their soul, Byzantine in their memory, Oriental in their character and yet definitively Greek. Rhodes is an important cultural and economic center in the archipelago of 12 islands and dozens of islets. The last bastion of Europe before the Orient, the island played a major role in Antiquity, then in the Middle Ages. You will leave the port for Mount Smith from where you will have a splendid panoramic view of Rhodes and the surrounding countryside. After passing through the Amboise Gate, you will reach the highest point of the medieval town, the Palace of the Grand Master, an imposing fortress with lavish interior decorations and a courtyard filled with Roman statues. The museum contains superb mosaics, also dating from the Roman era. The tour continues along the Knights' Road, both steep and narrow, with its characteristic cobbles. This road is lined by prestigious "Inns" where the Knights of the Order were received according to their language and country of origin. Today, this street still gives off a certain aura of nobility and inaccessibility. You will also be able to admire the rich Gothic-style decorations, the arched windows, the flat roofs and the honey-colored facades.