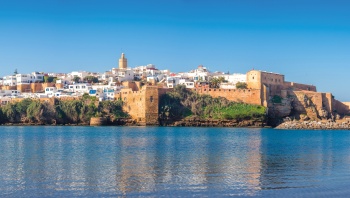 From 122 AUD
Previous Next

Rabat, the capital city of Morocco, enjoys an ideal location on the Atlantic coast and an exceptional place in the country's history. As one of four Imperial Cities, Rabat brims with features so unique that the entire area is listed as a UNESCO World Heritage Site. We'll visit the Chellah medieval fortified necropolis, built by the Marinids over the ruins of an ancient Roman colony and part of a complex that included a mosque, minaret, and royal tombs. Today, the location has departed from its original purpose and has been used as a music venue since 2005. Afterwards, we'll gaze at Hassan Tower, the minaret of an incomplete mosque and the symbol of Rabat. Commissioned near the end of the 12thcentury by Caliph Abu Yusuf Yaqub al-Mansur, the tower was intended as a minaret of what should have been the largest mosque in the western Muslim world. Construction stopped after the Caliph's death, and the minaret was left standing at a height of 140 ft (40 m). The incomplete tower, what remains of the mosque, and the modern Mausoleum of Mohammed V form an important historical and tourist complex in Rabat.