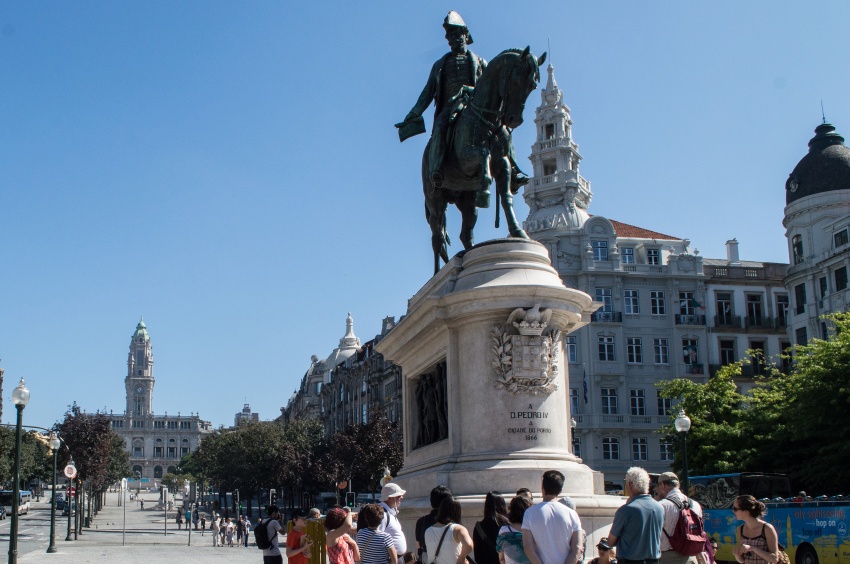 From 0 AUD
Previous Next

Departure by coach from the Villa Nova de Gaia Quay, facing Porto from across the Douro river and the famous Dom Luis I Bridge, built between 1881 and 1886 by French engineer Theophile Seyrig, one of Gustave Eiffel's pupils.
Porto, the second largest city in Portugal, stands out from the steep banks of the Douro river with its mixture of grey facades and red tiles interspersed with unusual architectural masterpieces.
Its historical center was listed as a World Heritage Site by UNESCO in 1996. We'll discover The Palácio da Bolsa (Stock Exchange Building), built in 1834 by the city's Commercial Association. It has remained their headquarters to this day. After climbing up the beautiful granite and marble stairway, we'll visit the former Tribunal Room, the Golden Room and the Arab Room, decorated in the exotic Moorish Revival style. Afterwards, we'll visit the Igreja de São Francisco (Church of Saint Francis), also known as the "Golden Church”. It was originally a modest convent founded by Franciscan monks in the 12th century, before being further altered by prominent Porto families in the 15th and 16th centuries. They were responsible for the Baroque style interior which mingles with the large, elaborate rose window in Gothic style on the main façade in a fascinating mixture of styles reflecting the various eras it went through.
We'll cross the Dom Luis I Bridge again back to Villa Nova de Gaia for the visit of a wine cellar. Porto's pride notably stems from its famous wine known the world over, which you will get to taste*. We'll return on board by coach.