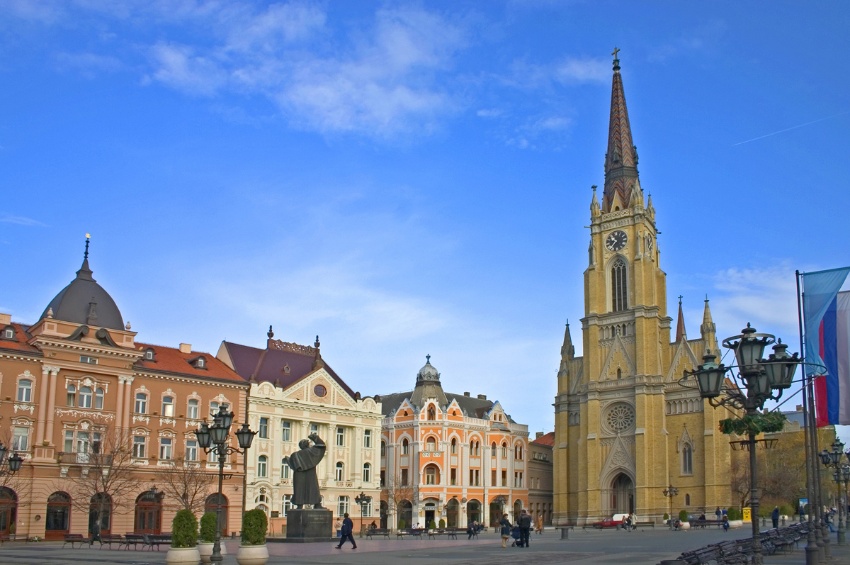 From 58 AUD
Previous Next

We'll set off by coach to visit the town of Novi Sad. Capital of the autonomous region of Vojvodina, Novi Sad is also the second largest town in Serbia, going by the size of its population. The town has a long and troubled history since it was under the rule of Celts, Romans, Franks, Barbarians and Turks until it became part of the Habsburg empire. It was known as "Petrovaradin” in the past, and the name Novi Sad (meaning ‘new plant') only came into use in 1748. The history of the town was further troubled during the 20th century when after the First World War, the Balkan territories were in turn united and separated under different names, until in 2006 when the town finally became part of an independent Serbia.
We'll visit the city center on foot. The Austro-Hungarian old town, with its baroque buildings, grew up around the ancient fortifications. We'll get the chance to visit the Episcopal Church as well as an orthodox church before we continue up the main street to Freedom Square where we'll find the Town Hall, dating from 1895. The coach will be waiting for you near Freedom square to finish the visit with a panoramic tour up the main boulevards leading to the boat.
Our coach will continue to the little village of Sremski Karlovci where we'll visit the Cathedral of St Nicholas, built in typical baroque style in 1758, and the first ever secondary school of Serbia dating from the end of the 18th century which has a library housing around 18,000 books. We'll take time to admire one of the most well-known of the town's monuments, the Four Lions Fountain, built in 1799 to celebrate the town's first ever waterworks. Return on board in Novi Sad.