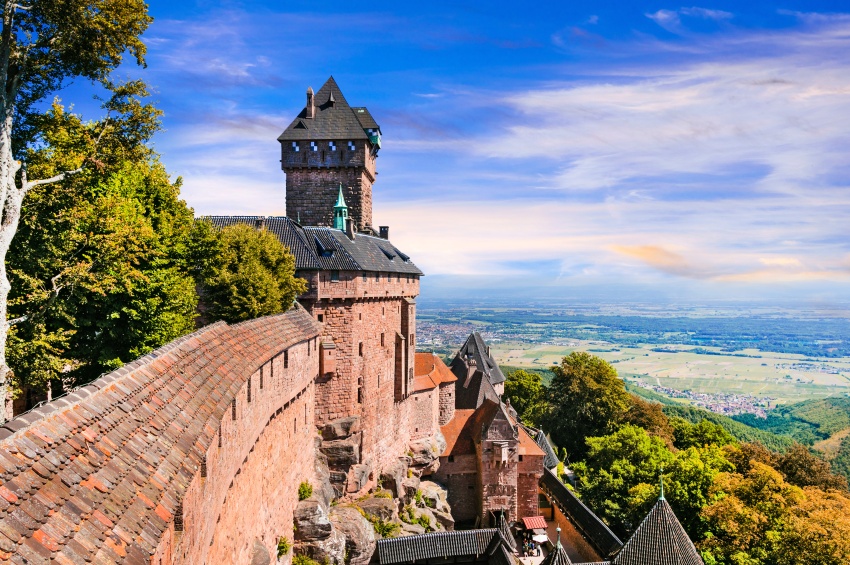 From 218 AUD
Previous Next

During this all-day excursion, you’ll crisscross Alsace and discover its most-important sites. You’ll visit Haut-Koenigsbourg Castle, which dominates the valley. Built in the 17th century, it was witness to centuries of European conflicts and rivalries between regional lords, kings, and emperors. It was owned by many illustrious figures, including the Hapsburg Monarchy and German Emperor Wilhelm II. Wilhelm II decided to turn the fortress into a museum celebrating the Middle Ages. He oversaw the restoration and reconstruction of the castle, which had been previously destroyed and abandoned during the Thirty Years’ War. The remarkable work at the site lasted eight years. After, we’ll continue along the Wine Route in Alsace. A symbol of Alsatian pleasures, the route is over 100 miles long and strings together the local, picturesque and colorful villages. We’ll stop at a wine cellar to enjoy a tasting* and have lunch in a local restaurant. In the afternoon, we’ll return to Strasbourg, the capital of Alsace. The stone “lacework” on its red cathedral is not to be missed. You’ll see the major sites and monuments that make the city so famous, included the legendary Kammerzell House, Petite France, and the old section of the city dotted with covered bridges.