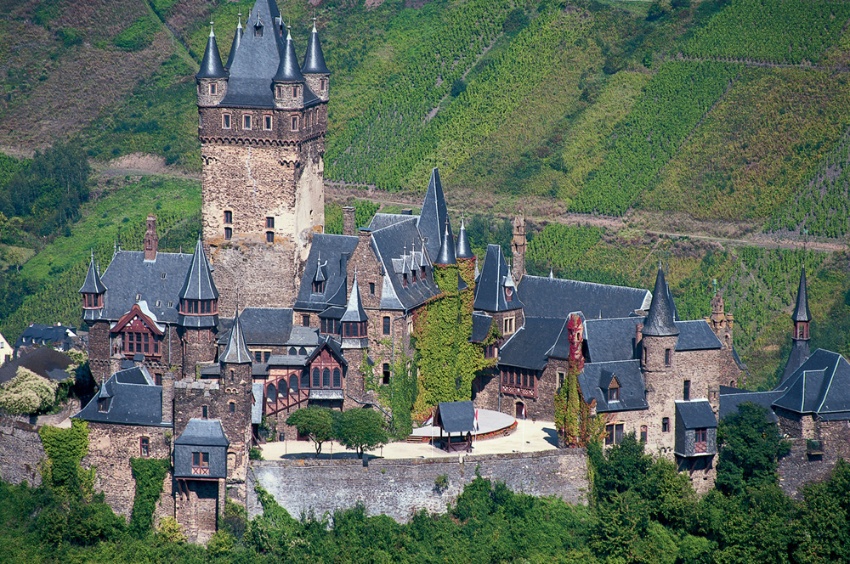 From 40 AUD
Previous Next

Visit of the castle of Cochem

Transfer to Cochem castle by minibus in groups of about 25 passengers. The Reichsburg is built on a remarkable site, a steep vine-covered hill overlooking the Moselle. Guided tour of this magnificent castle dating from the year 1000, which was destroyed by French troops in the 17th century and entirely rebuilt according to old plans in a Neo-Gothic style. It is distinguished by its graceful towers topped with bell turrets. It is one of the few castles in Germany which, having been rebuilt after being destroyed, still has its original countenance today. After visiting the castle, you will have some free time in the town. The town of Cochem is interesting in itself, with its narrow winding streets, its carefully restored half-timbered houses with their slate roofs, the Town Hall square with its history-filled past, as well as ancient walls, gates and churches. Return to the boat on foot.