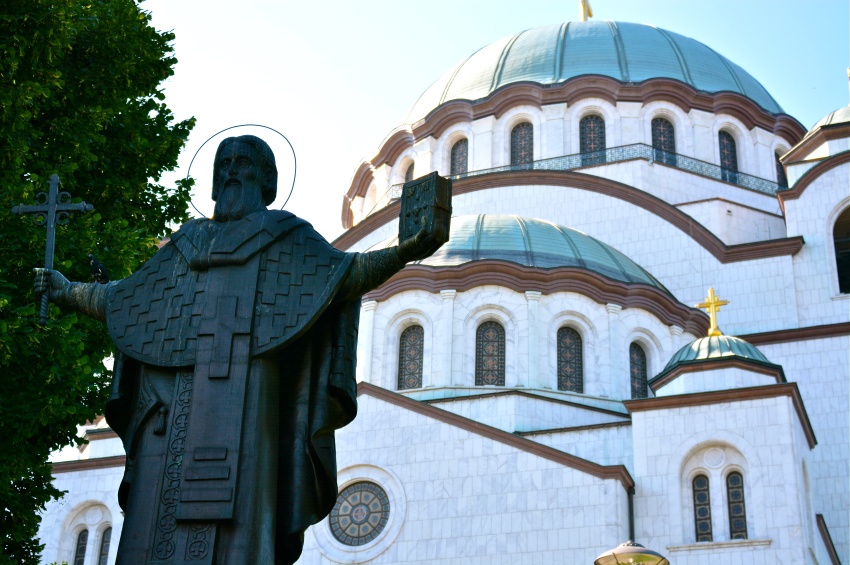 From 61 AUD
Previous Next

We'll set off by coach to visit Belgrade, the capital of Serbia, which is also one of the oldest cities in Europe with a history stretching back some 7000 years. It is located at the confluence of the Sava and Danube Rivers, close to the Morava Corridor which links the countries of the Danube to the Aegean Sea. The town has a fortress sitting atop one of the highest hills in Belgrade as well as a commercial center and port. We'll start off our visit with a guided panoramic tour of the city, during which you will have the opportunity to admire Belgrade's National Theatre and National Museum, the Royal Palace which currently houses the City Assembly of Belgrade, the Ancient Royal Palace and more. We'll stop to visit the Orthodox Temple of St Sava. The construction of this church began in 1939 but is still a work in progress, given that the Second World War followed by Tito's dictatorship put a halt to it. Construction only started again in 2001 and is funded exclusively by charitable donations. We'll head back to the city center by coach for some free time before our guides take us to Kalemegdan Park, the largest and most beautiful park in the city where the Belgrade Fortress is located, overlooking the confluence of the Danube and Sava. Return to the ship by coach.